At the moment I’m at Ellispark to cover the USA vs Slovenia match at 16:00. The fifth match I’m covering this week in the 2010 Soccer World Cup. So far it’s been an experience of a lifetime and actually a dream come true. To shoot at Soccer city with a capacity of 95 000 people is something i can’t describe in words. Specially yesterday’s match between Argentina and South Korea was amazing. To see all the banners hanging from this stadium around ten story buildings high is something i haven’t experience before. 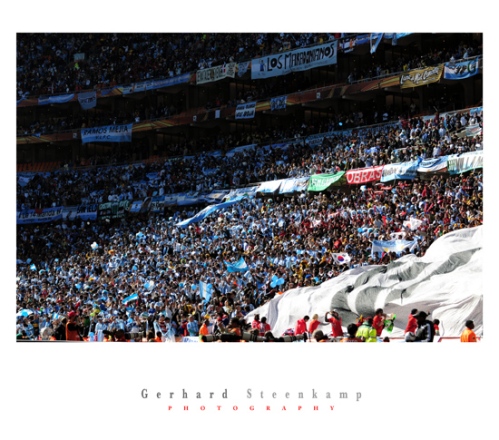 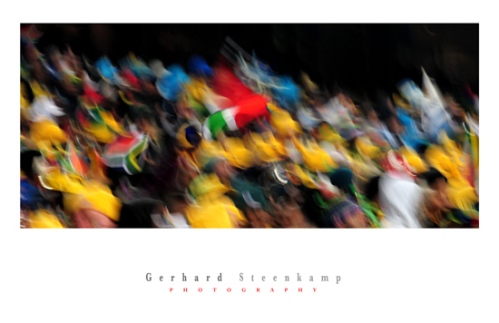 South African Crowd on 16 June 2010 at Loftus in Pretoria. Bafana Bafana vs Uruguay. 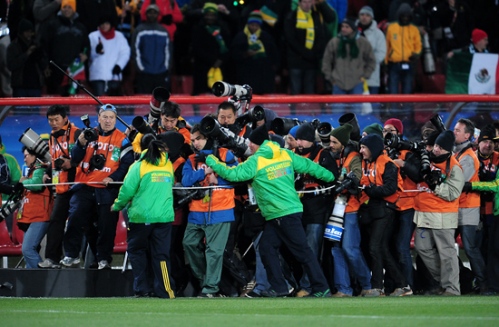 Seven days to go and everyone in South africa are waiting in anticipation to see if everything will go of well.

Looking forward to see favorite teams like Spain, Brazil in action with players like Kaka, Xavi, Torres and David Villa in Action. And then probably the worlds nr. one player at the moment, Lionel Messi of Argentina. Okay then one mustn’t forget players like Cristiano Ronaldo, Rooney and Ribinho. This is going to be one big feast.

Spain must be one of the favorite teams to win this tournament seeing the fact that they only lost one game out of 45 in three and a half years. That one game was during the Confederations Cup 2009 in South Africa against the United States of America during the semi-Final in Bloemfontein. Another reason that make Spain the favorite is that seven of Spain’s players are rated among the top 50 players in the world. Nearly the whole team. South Africa’s Steven Pienaar is the only player from South Africa that is rated in the top 50.

I had the privilege to cover that game in 2009. Here a few decisive moments that let the USA through to the Final which they played against Brazil. Brazil won the tournament by the way with Kaka the man of the series.

Jozy Altidore after scoring for the USA.

Clint Dempsey after scoring his goal for the USA. 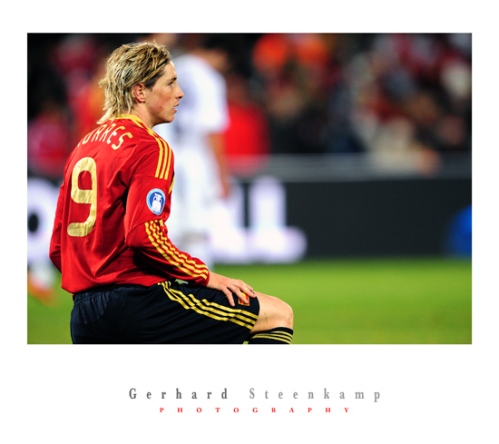 Torres on one knee after Spain losing against USA in the semi final during the 2009 Confederations Cup in Bloemfontein, South Africa.