In a few days time the 2009 Confederations Cup Soccer starts in South Africa. I’ve got the privilege to cover the four games in Bloemfontein that consists of the following;

24 June: One of the Semi Finals

All these games going to take place at Vodacompark in Bloemfontein, South Africa. Check this blog and website www.supermedia.co.za for coverage of these games.

Here is a photo of Siphiwe Tsabalala, Striker of Bafana Bafana during a soccer match between South Africa and Libya at Vodacompark in 2008. I used a Nikon D3 and a Nikon 400mm F2.8 lens to take the photo. 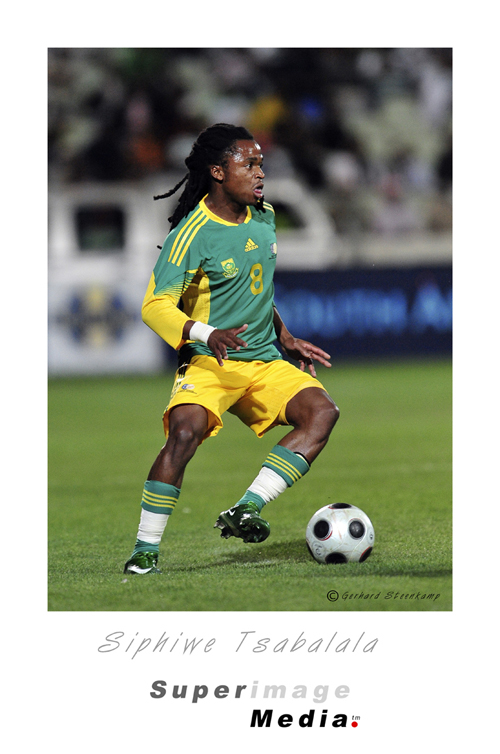